Discover the land of Myth

Places of the myth
One day tour

Discover the Phlegraean Fields thanks to the guided tours of Archeology in Napoli; you will be guided by a professional archaeologist who will lead you among the places of myth, through the history of a land in which the deepest roots of Western cicilization lie, where history, landscape and myth blend together, where every product, every glimpse, every stone tell of a great past, of coexistence with a nature as generous as it is risky, of warriors, emperors, rich aristocrats, poets, writers, entrepreneurs, industrious artisans, loves, crimes and great banquets.

Visiting the Campi Flegrei (Phlegraean  Fields) means traveling into the past, a unique experience in a place that owns, concentrated in an area of a few square kilometers (the entire Phlegraean area has an area of 7,350 acres with a maximum diameter of 17 km), 25 archaeological sites, evidence of the most prestigious in the history of all time, but also a geological and marine environment of inestimable value.

The great caldera, formed following two major eruptions that took place 39000 and 15000 years ago, shows over twenty craters, originating from explosive eruptions and is characterized by continuous secondary volcanic phenomena such as solfataras, bradyseism and thermal springs.

It is one of the most important areas of active volcanism in the world; the Greek name Flegraion pedion (burning plain), referred to by Strabo in the Geography, suggests how the ancients knew the volcanic phenomena of the area.

The violence of nature inspired fantastic images and mysterious creatures such as the Sibyl, the Cimmerians and the Giants imprisoned in the bowels of the earth where the gods of Olympus had hunted them, characterizing this land of extraordinary wealth, such as the access to an underground and infernal world that transshipments pouring its waters and its products on the surface and generating the resources that have attracted man to these places so much that he coexists with volcanoes 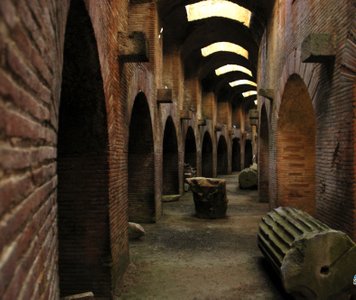 Pozzuoli, the main port of Rome in the early centuries of the empire, was famous among the ancients as pusilla Roma (little Rome), since, despite its small size, it appeared as a grandiose city, teeming with people from all over the Mediterranean. Two amphitheaters , the thermal complex known as the Temple of Neptune , the Macellum (temple of Serapis), the stadium , are some of the monumental remains of the city that emerge imposingly in the modern urban texture.

Baiae was the place chosen by the Roman aristocrats for the " holiday ", popular among the most eminent personalities and preferred by the emperors for the healthiness of the climate and for the therapeutic properties of its thermal springs. The volcanic nature of the area which, thanks to the exploitation of thermal resources, made Baia immortal, marked its end due to bradyseism. 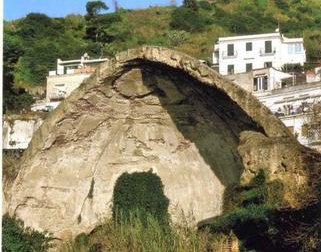 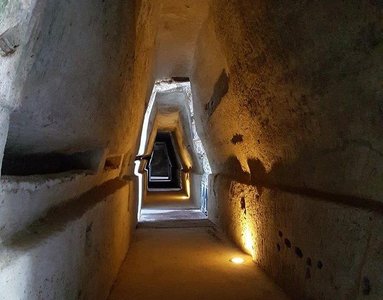 Kyme, the first Greek colony in the western Mediterranean See, whose Acropolis overlooks the fertile plain, is one of the most important and spectacular archaeological sites in the Bay of Naples. The mythical aura of Virgilian verses pervades the ruins of the ancient city materializing in the Sibyl 's cave, one of the most evocative places in the world.

An artificial gallery from the Greek era, perhaps dating back to the 4th century  BCE, about mt 5 and over 130 long. The charm derives from the fact that the place is identified as the cave inside which the Cumaean Sibyl pronounced her oracles. 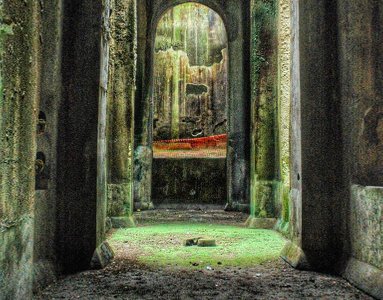 Tour to Bacoli and Miseno

The Roman era made the Phlegraean Fields a place of extraordinary importance from a military and strategic point of view, where imposing infrastructures were installed that hand down the technological and engineering knowledge of the Romans, such as the grandiose Bacoli cistern, the so-called Piscina Mirabilis , which served to supply Classis Misenensis, the main fleet of Rome stationed in Miseno.

Guided tours of the Archaeological Museum of the Phlegraean Fields

The Archaeological Museum of the Campi Flegrei is set up in the evocative setting of the Aragonese Castle of Baia, which overlooks the entire Gulf of Pozzuoli. The site was the seat of the villa of Caesar, of which precious remains are preserved in the Torre del Cavaliere, the oldest part of the castle. The museum recently enriched with 47 rooms , preserves artifacts from the Phlegraean area ranging from prehistoric times to the Roman age 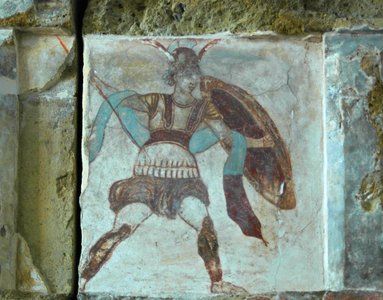 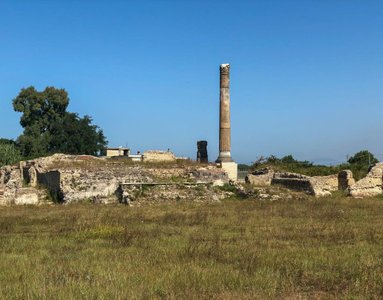 The 'maritime' colony of Liternum was founded, together with Volturnum and Puteoli, in 194 BC: ad Literni ostium, on the left bank of the Literna palus, today's Lago Patria , which in ancient times constituted the outlet to the sea of ​​the Clanis.

The city is known to the sources for having hosted the great winner of Zama, Scipio the African who retired to private life in a fundus with an adjoining villa, described by Seneca who elevates it to a model of sobriety. The hero was then buried here, in 183 BC, inside a mausoleum dominated by a statue torn up during a storm.

One day tour to the Phlegraean Fields

We offer some day tours completely customizable and  guided by a professional archaeologist to discover this fantastic land between history, sea and volcanoes. 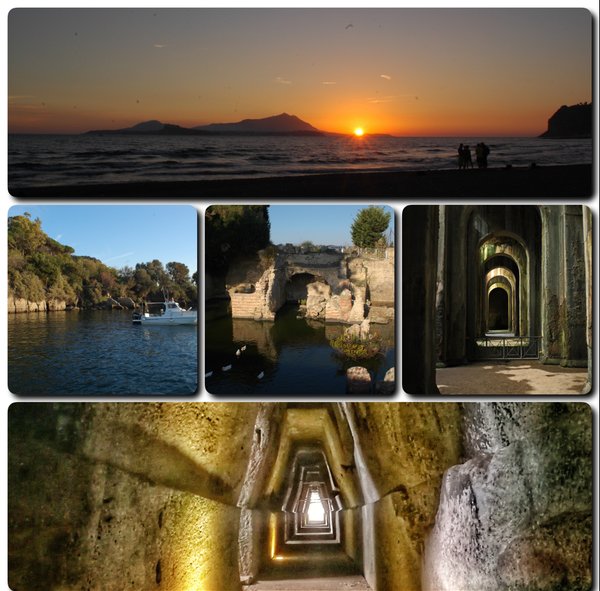 Tour of the Phlegraean Fields: Kyme and Miseno

The morning will be dedicated to the Archaeological Museum of the Phlegraean Fields and the Piscina Mirabilis.

he Archaeological Museum of the Phlegraean Fields is set up in the evocative setting of the Aragonese Castle of Baia and, recently enriched by 47 rooms, preserves artifacts from the Phlegraean area ranging from prehistoric times to the Roman age.

Afterwards, we will reach the Piscina Mirabilis , the largest Roman cistern of drinking water known to date. It was aimed at providing water to the fleet of the Roman Empire moored in the port of Miseno, with a capacity of 12,000 cubic meters and a depth of 15 meters; dug into the tuff, it is covered by a barrel vault supported by 48 pillars.

Transfer to Miseno. Lunch on the beach.

In the early afternoon, guided walk to the small port of Miseno: the name, derived from the Latin sinus militum, is mentioned by Virgil in memory of Miseno, the trumpeter of Aeneas, legendarily buried here after having challenged Triton.

In Miseno we will see the Sacellum of the Augustales, a building used for the cult rites of the emperors, cared for by the Sacerdotes Augustales. Its remains are currently partially submerged due to the phenomena of bradyseism that still characterize the entire Phlegraean area.

In the afternoon we will visit Kyme , starting with the so-called Antro della Sibilla, a suggestive artificial gallery from the Greek era, perhaps dating back to the 4th century BCE, about mt 5 and over 130 long. The fascination derives from the fact that the place is identified as the cave inside which the Cumaean Sibyl pronounced her oracles.