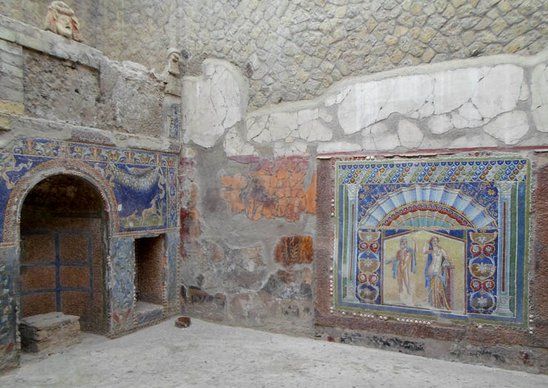 The extraordinary remains of the ancient Herculaneum are no less than an open door to a precise moment of the past. They show the Roman civilization with such abundance of details and degree of preservation of the organic materials  as to be considered unparalleled  throughout the world.

The uniqueness of the site is due to the catastrophic eruption of Vesuvius in 79 AD , that buried suddenly a city until then bursting with life, leaving it to posterity and immortalized the tragic death of its inhabitants. They seized the few possessions they could carry and tried to take shelter in vain in the storerooms on the seafront, where today are still preserved the sad remains.

The visit to the ancient Herculaneum gives the thrill of being in a refined Roman towns, unique from all points of view, including that of the history of the excavations that started in 1738 by the Bourbons , went through deep wells and narrow tunnels that still today we see the remains.